Introduction The Portuguese Falcon (original title: Capitão Falcão) is a 2015 Portuguese superhero comedy film directed by João Leitão. Outline Captain Falcão tells the story of a Portuguese superhero serving António de Oliveira Salazar in the fight against the communist “red menace” during the 1960’s, mercilessly satirising both the anti-communist propaganda of the Estado Novo… Read More

Introduction The Outpost is a 2020 American war drama film directed by Rod Lurie, based on a 2012 non-fiction book, The Outpost: An Untold Story of American Valour by Jake Tapper about the Battle of Kamdesh. It stars Orlando Bloom, Scott Eastwood, Caleb Landry Jones, Milo Gibson, and Jack Kesy. Outline The film tells the… Read More

Introduction The Man Who Would Be King is a 1975 Technicolor adventure film adapted from the 1888 Rudyard Kipling novella of the same name. It was adapted and directed by John Huston and starred Sean Connery, Michael Caine, Saeed Jaffrey, and Christopher Plummer as Kipling (giving a name to the novella’s anonymous narrator). The film… Read More

Introduction Ben-Hur is a 1959 American epic historical drama film directed by William Wyler, produced by Sam Zimbalist, and starring Charlton Heston as the title character. A remake of the 1925 silent film with a similar title, it was adapted from Lew Wallace’s 1880 novel Ben-Hur: A Tale of the Christ. Outline In AD 26,… Read More

Introduction Ironclad is a 2011 British action adventure war film directed by Jonathan English. Written by English and Erick Kastel, based on a screenplay by Stephen McDool. The film chronicles the siege of Rochester Castle by King John in 1215. A sequel, Ironclad: Battle for Blood, was released in 2014. Outline A prologue describes how… Read More 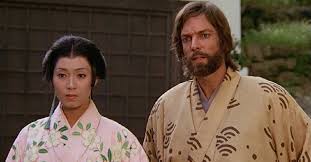 Introduction Shōgun is an American television miniseries based on the 1975 novel of the same name by James Clavell, who also was the executive producer of the miniseries. It was first broadcast in the United States on NBC over five nights between 15 and 19 September 1980. The miniseries is loosely based on the adventures… Read More