Introduction The Great Escape is a 1963 American epic war film based on Paul Brickhill’s 1950 nonfiction book of the same name, a firsthand account of the mass escape by British Commonwealth prisoners of war from German POW camp Stalag Luft III in Sagan (now Żagań, Poland), in the province of Lower Silesia, Nazi Germany.… Read More 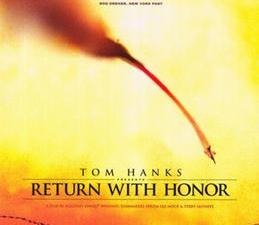 Introduction Return with Honour is a 1999 documentary film about US prisoners of war during the Vietnam War. Outline The story of U.S. fighter pilots shot down over North Vietnam who became POWs for up to 8 and a half years. Among those profiled is Senator John McCain. It is narrated by Tom Hanks. See… Read More

Introduction A 2008 documentary about prisoners of war (POWs) held by the Germans in World War Two. Outline Told exclusively through interviews of prisoner of war veterans, this unique documentary uncovers first hand accounts of survival, heroism and bravery. The airmen and soldiers who found themselves thrust into the bizarre and dangerous world of Nazi… Read More

Introduction A cocky German flight officer is shot down over England and makes numerous attempts to escape to fight again. Outline This is the true story of Oberleutnant Franz von Werra, the only German prisoner of war to escape from imprisonment in Britain during the Second World War. Trivia & Goofs Hardy Krüger served in… Read More